Not surprisingly, FMCSA action has already been challenged in court. The Teamsters Union filed a petition for review on December 27 with the U.S. Court of Appeals for the Ninth Circuit. The Ninth Circuit has traditionally been friendly to labor interests.

Although FMCSA has complied – at least superficially – with requirements for a cost/benefit analysis on rulemakings, during the Obama administration it steadfastly claimed that safety was the sole basis for decision making and that cost and economic issues were not its concern. FMCSA’s action, therefore, represents a stark contrast. Indeed, FMCSA Administrator Raymond Martinez even posted a video to emphasize the need for uniformity to encourage productivity and support small businesses.

FMCSA did not overlook the safety implications of California’s actions, however. For example, the agency cited a comment from the Oregon Department of Transportation that a truck parking shortage “increases closer to the California border,” where “more crashes are occurring,” likely as “a result of encountering troubles finding safe and adequate parking.”

“The Agency determines that enforcing the MRB Rules decreases productivity and results in increased administrative burden and costs,” FMCSA said in the preemption determination. “In addition, the Agency believes it to be an unreasonable burden on interstate commerce for motor carriers to have to cull through the varying State requirements, in addition to Federal HOS rules, to remain in compliance, as commenters have described. As explained above, uniform national regulation is less burdensome than individual State regulations, which are often conflicting. Therefore, the Agency concludes that the MRB Rules place an unreasonable burden on interstate commerce.”

For links to various documents related to the preemption determination, including the Martinez video, visit https://www.fmcsa.dot.gov/regulations/fmcsa-grants-petitions-ensure-safe-and-uniform-rest-rules-california-truck-drivers 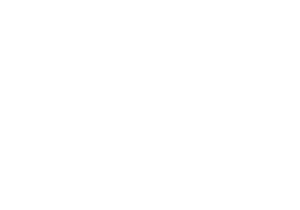